The ASKET Monday Briefing  helps you start your week informed and to ensure the capture of industry specific reports including UKMTO, MDAT-GoG, ReCAAP, IMO, IMB ICC and the Office of Naval Intelligence.

21.06.2016: 0540 LT: Posn: 01:41.45N – 101:30.37E, Dumai Inner Anchorage, Indonesia. Three robbers armed with knives boarded an anchored bulk carrier. Two robbers managed to enter the engine room via the open skylight. They threatened the duty oiler with knives and ordered him not to raise the alarm. The robbers then stole engine spares and escaped. After the robbers left the oiler informed the D/O who in turn raised the alarm and crew mustered. No injuries to crew members. I
15 views0 comments
ASKET Oprerations 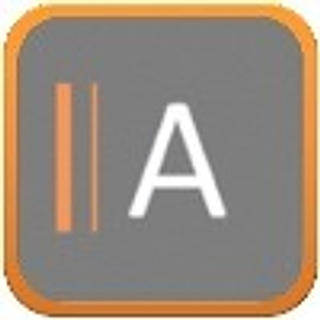 OBP; PIRACY AND ROBBERY AGAINST SHIPS IN SOUTHEAST ASIA: 2015

ReCAAP issues its ISC's Single Sheet Summary for Annual Report 2015 Showing a 7% Increase in incidents compared with 2014 12 incidents reported; of which 2 were foiled by authorities. STRAITS OF MALACCA AND SINGAPORE • More than 50% incidents reported in 2015 occurred in the Straits of Malacca and Singapore on board ships while underway • Improvement with no actual incident reported since November 2015 PORTS AND ANCHORAGES • Situation at most ports and anchorages in Asia has
28 views0 comments
Asket Operations

The aim of this guide is to illustrate the threat of piracy and armed robbery against ships (hereafter referred to as ‘sea robbery’) in Asia, particularly incidents involving oil cargo theft; and to assist ships to avoid, deter or delay such incidents; as well as post-incident management. This continued occurence of oil cargo theft incidents warrants the need to produce a “Guide for Tankers Operating in Asia against Piracy and Armed Robbery Involving Oil Cargo Theft”. The def
19 views0 comments
Asket Operations

A total of 161 incidents of piracy and armed robbery against ships had been reported in Asia during January-September 2015. Of these, 11 were piracy incidents and 150 were armed robberies against ships. On a quarter-to-quarter comparison, there had been a 25% increase in the total number of incidents in 2015 compared to 2014. Download the Full Report Here #ReCAAP #SEAsia #Piracy #MalaccaStraits
8 views0 comments
Asket Operations

Six Vessels Under Pirate Attack in Straits of Malacca

On August 21 and 22, six vessels while underway in the eastbound lane of the Traffic Separation Scheme in the Straits of Malacca and Singapore were subject to pirate attack. The vessels reported the incidents, five boardings and one attempt, to the Singapore Vessel Traffic Information System. Image courtesy of NYA International MarTrack #SEAsia #MalaccaStraits #Piracy #NYA
15 views0 comments